Growing up in Vernon, NY, Liam Furman didn’t have too far to travel when he started at SUNY Poly as a Business Administration major, but he certainly gained some mileage when he decided to take some of his studies “across the pond” and study at the University of Roehampton in West London.

“I used to be a very shy and timid person, and I felt like I needed to branch out and experience what the rest of the world had to offer. It’s tough to step outside of your comfort zone at times, but it definitely makes you a stronger, more confident person afterwards.”

The choice to take his studies abroad not only reinforced a long-standing admiration of English culture, but in some ways, carried on a family tradition.

“I have always had a great appreciation for the English history and their culture. My mother also studied in London during college and she told me about all the positive aspects of London.”

As a Business Administration major, Liam is quite familiar with the concept of the cost-benefit ratio – the value of something based against the effort or cost of gaining that value. When an opportunity to study abroad presented itself, Liam realized that the amount of work he’d be putting in to make it happen was well worth the reward he’d get in return—a valuable way to leverage his SUNY Poly educational experience and the institution’s global resources.

“The process of applying, preparing, and getting to London was a lot of work, but it was worth it. I had to research different programs and find the school that best suited my interests as far as academics, geographic area, and duration. Applying to the programs required writing essays, sending transcripts, and getting many forms completed. Once you are accepted into a program, you need to book a flight, order currency/budget finances, and figure out cell phone usage. The study abroad office answered many of the questions that I had for my trip.”

Enrolling in Media, City, and Cultural Capital at the University of Roehampton in West London, Liam and his classmates only found themselves in a traditional classroom a few times. Instead, their education was made up of hands-on learning experiences with trips throughout the greater London area and the many historic sites it has to offer, further building upon his hands-on education he had so far received at SUNY Poly’s Utica campus.

“Most of the time we were visiting museums, art galleries, plays, and going on tours throughout the city. It was really great because you really get to experience the history and culture of London first-hand. London is a great city to learn in because most of the museums have free general admission.”

But a study abroad experiences entails so much more than just a class. Liam took full advantage of the surrounding culture he was immersed in, as well as the many friendships created during the trip, including a weekend trip to Brighton with some friends he met during his semester.

“There were a lot of social events on campus and around the city, making it easy to make a lot of great friends while there. There were a lot of differences in words that people in England use versus what I would use in the United States, but after a little while, I adjusted.”

In an environment with so much history and culture to offer, it’s not surprising that Liam finds it difficult to pinpoint the greatest aspect of his study abroad experience, although he does say that one of the most historic institutions certainly came close.

“You get to see so many historic buildings, museums, galleries, and plays. You get the opportunity to meet so many people from different parts of the United States and the world. One of my favorite experiences, I would say, was getting to visit Oxford University. It is the oldest University in the English-speaking world and has a very beautiful campus.”

Though his experience was in the London area, Liam advises those who have the opportunity to look at any and all available locations to study in another country—an experience he says is unlike any other, and an education in and of itself.

“I would recommend studying abroad to anyone. The price and time away from home was intimidating at first, but looking back I would have still gone again. The experiences that you gain from embracing a different culture will have a huge impact on your life. Even with the internet it is often hard to understand the differences in societies without actually living in the area.”

To explore Study Abroad opportunities like Liam’s, visit the Study Abroad and Domestic Exchange section of the SUNY Poly website and begin charting your own course today! 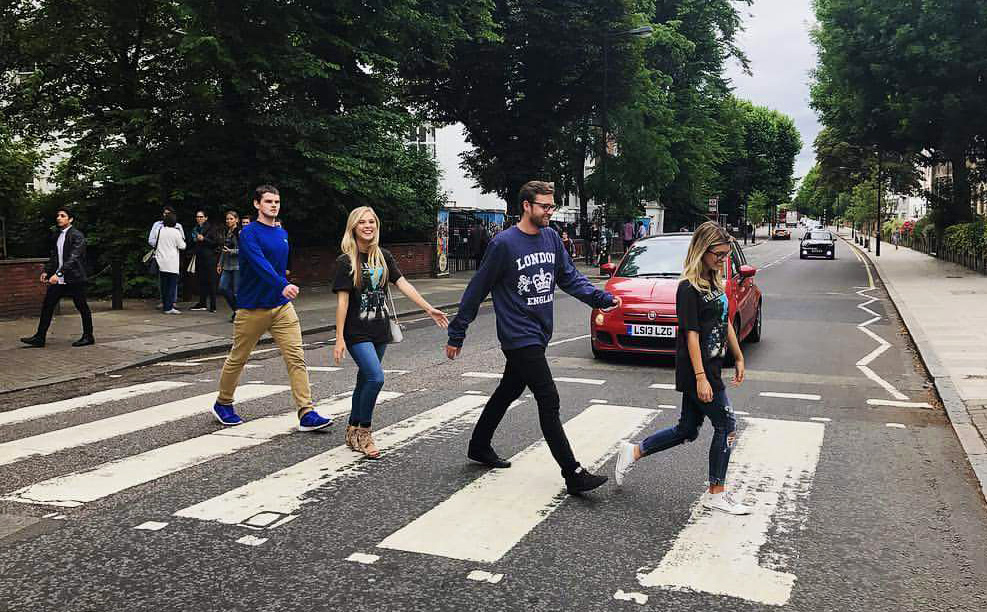