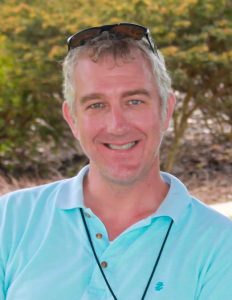 Before he started his academic career at SUNY Poly, Devin Getchell had little interest or knowledge of the field of Community and Behavioral Health, but several courses his first semester taught by Dr. Joanne Joseph and Dr. Veronica Tichenor not only changed that, but also solidified Devin’s career trajectory, leading him to the Centers for Disease Control and Prevention (CDC).

“They were pivotal in peaking my interest in public health,” he remembers.

Growing up in the Mohawk Valley, Devin says the location and commute of SUNY Poly were ideal for him to attend school full-time.

Distance and affordability may have been what drew him in to SUNY Poly, but courses in the community and behavioral sciences, and the worlds of potential that they opened for him, kept Devin at SUNY Poly.

“I cannot speak highly enough of Dr. Joseph and Dr. Tichenor. They are inspiring, engaged, and motivational. Their courses are extremely relevant to the current social/physical/mental health issues that exist today.”

It didn’t take long for Devin to segue from SUNY Poly student to an alum on the path to a career at the prestigious U.S. health agency, one of the major operating components of the Department of Health and Human Services. In fact, he was still a student when it all began. During his 2014-2015 winter break at SUNY Poly, just before his last semester, he applied to the Public Health Associates Program (PHAP) with the CDC. The duration of the program was two years and those that were selected would be assigned to any state of the CDC’s choosing. Devin was told in February 2015 that he was a potential candidate and in July received an official offer letter.

“Over 5,000 applied to the program and 210 of us were hand-selected to participate in the program. I was sworn in as a Federal employee October 5, 2015, at my assigned duty location in Dover, Delaware, to work with the Delaware Department of Health in their Community Health Section.”

Upon graduating PHAP, he applied for several permanent positions within the agency open to his graduating class. He was one of only 25 of his colleagues who were offered a highly-coveted position he maintains today, working in the Office of Safety, Security, and Asset Management/Occupational Safety & Health Office, reporting directly to the office Branch Chief.

“I am responsible for developing sustainable policies regarding the overall health, safety, and well-being of our workforce. I am also involved in several other committees, projects, and serve as the backup for the Training Manager, Emergency Operations Safety Officer, and for Occupational Health Case Manager.”

With such massive responsibility as the CDC has controlling the spread of infectious diseases, providing consultation and assistance to other nations and international agencies to assist in improving disease prevention and control, environmental health, and health promotion activities, the opportunity has allowed Devin to see and learn quite a lot.

One of the most interesting parts of his job, he says, was his 60-day deployment to Puerto Rico for the Zika Emergency Response in January 2016.

And whether it’s helping the lives of individuals or helping to keep the population at large safe, Devin says that he owes much of what got him where he is today to his time at SUNY Poly.

“Everything I learned at SUNY Poly has contributed greatly to my work! This would include lessons I learned in Group Dynamics, Methods of Inquiry, Analytical Research & Writing, Project Seminar, Power and Violence, and Principles in Psychological Counseling,” he says. “The education I received at SUNY Poly proved to be extremely valuable and provided me with the education and tools I needed to compete and gain entrance into the highly competitive Public Health Associates Program (PHAP) with the Centers for Disease Control and Prevention (CDC).”